Our Media Retrieval System is an affordable method of accessing and controlling centrally located media sources from the classroom.

Instructors are provided easy control of the television set and the media using a TV remote control. The system is significantly less expensive than other systems on the market because it shares common voice communications networks found in today’s classrooms.

The system can reside on the school’s communications system, the school’s classroom telephone system or can be a totally independent system and components can be added as an extension to the facility’s existing system.Commands are transmitted from the classroom device and routed to the appropriate controller in the media centre, in turn, the controller transmits these commands to the media source containing the program material.

The actual video signal is distributed to the classrooms through the facility’s broadband cable distribution system. Each media source is assigned a channel and the classroom instructor simply tunes the television to the assigned channel and starts the program using the wireless remote. 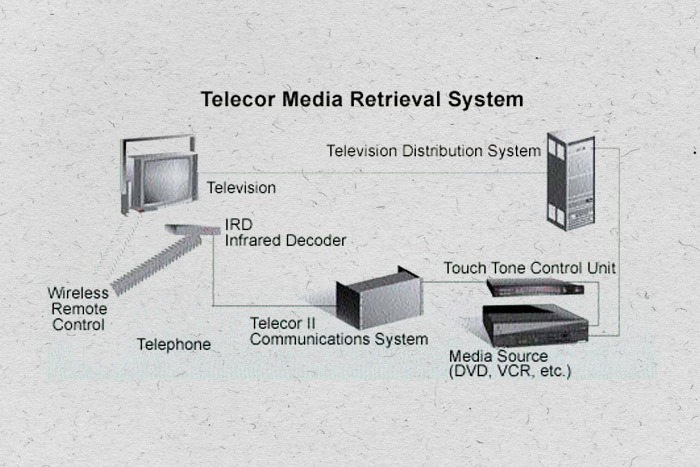